Monday mornings are always hard, a week of work looming ahead, getting the car and
heading into the hectic traffic. The same route every morning, the same road signs, the
same people.But this Monday in February had something quite different and unusual in
store for me. Three enormous graffiti caught my eye, painted over the weekend to be sure, since on
Friday the fronts of the abandoned factories had been as plain as ever. I couldn’t stop to
look because of the traffic, of work commitments, but promised myself I would come back
at the weekend with my camera, even though all week I couldn’t help but stare at those
three graffiti.

On the Saturday morning, a fine day with good light, I took my 8×10” with a few lenses and
plenty of film to devote the morning to the three Murals. Standing in front of these
enormous pictures, hard, crude and with a clear cut message, I approached to take a
closer look and realised that they hadn’t been sprayed but that the writers had used rollers
and brushes, this made me even more curious.

I decided to photograph them, studying the
best shot on the ground glass, but the ‘8×10” folding camera included a number of objects
that bothered me in the picture, neither changing the focus or moving closer or further from
the subject worked and I was limited by its very size so, preferring not to use a wide-angle,
I decided to reduce the frame to 4×10”, and as if by magic began to see what I had
imagined on the glass, a clear image making the drawing stand out. I was excited when I
took the picture, I knew I had captured something powerful and striking, the next day when
I developed the negatives I saw I was right

A marvelous adventure is started there.

The inserted Images are a small part of the work carried out, which counts 48 photographs, and a Book in preparation.

All images are ©Stefano Germi 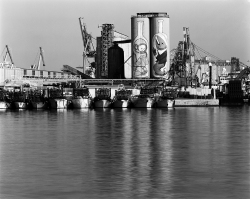 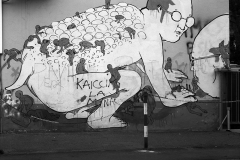 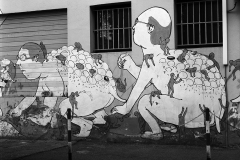 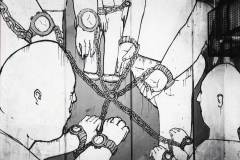 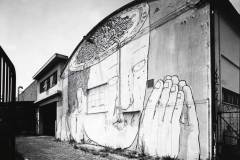 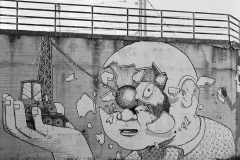 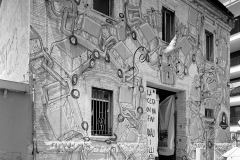 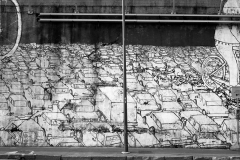 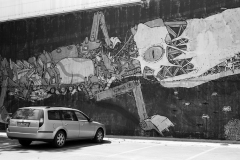 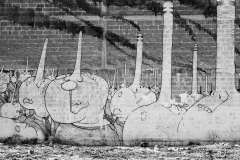 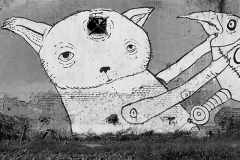 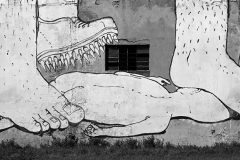